Due to far too many shots that I involuntarily had last night + not feeling that well anyway, I’m in tonight and practice packing.

I suppose now is the time to introduce you to some of the gear: 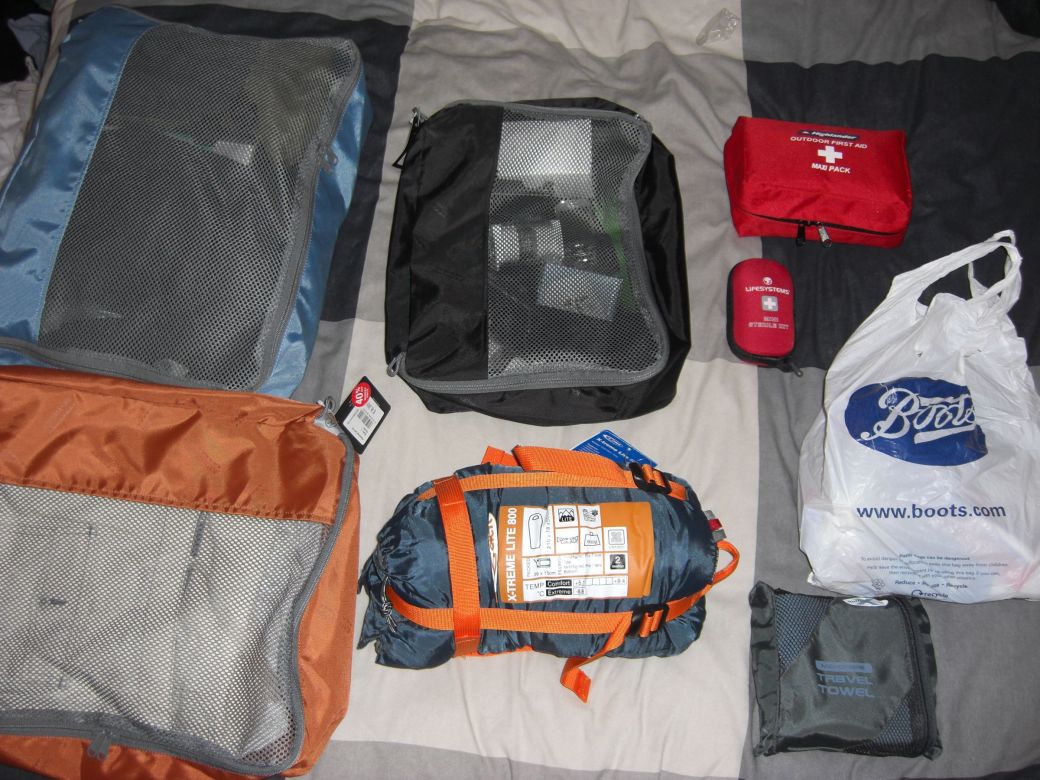 The contents of my bag so far

The blue, orange and black bags are Kathmandu Packing Cells, which I bought today since I had my eye on the idea for a while, but didn’t want to pay a fortune for Eagle Creek ones. Since they were 40% off they came down to a sensible price so I got some. I’m rather impressed with them I have to say, makes the bag a lot easier to get around when packed. Need to get a couple of smaller ones though.

The sleeping bag (centre bottom)  is a Gelert X-treme Lite 800 that I got from GapYearTravelStore.com. I’ve squashed it with the compression straps for good measure

The top left red items are a First Aid kit which should cope with most incidents (I’ve added additional stuff to the standard pack) and a Sterile Needle Kit. Although I’m not travelling in areas where they say you have to have them, I’m going to take one anyway since a few areas I’m not certain of. The idea is you hand this to a doctor who can then use it on you.

The Boots bag contains 3 bottles of 50% Deet Mosquito Repellent, 3 bottles of Soltan Extreme Sports Suncream, some extra ibuprofen and paracetomol, some other essentials that I won’t go into since some of you might be eating while reading this.

The bottom right item is a Large Travel Towel from Moutain Warehouse, this is much lighter and packs smaller than a proper towel. Just have to remember not to loose it like I did the last one. 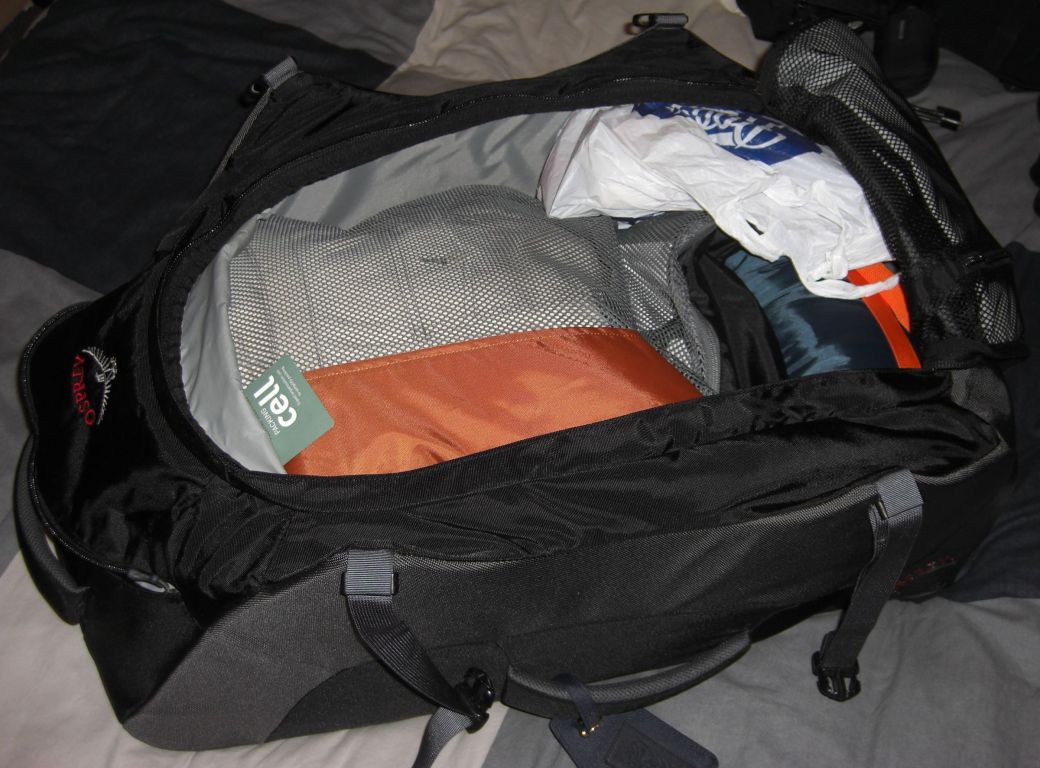 The bag with the contents above in it

The bag is an Osprey Sojourn 80L. It’s pretty much the best backpack possible for this sort of thing. It has both good and reliable wheels with an extending handle (good for going through airports and cities if I don’t want to hoist a flag that says “backpacker”) and backpack straps (good for the more off the paved track places I want to go).

Problem… its already looking pretty full and I have only put the example kit in so far! I’m sure I’ll work it out, but it looks like my growing collection of Lonely Planet books will be in the handluggage. 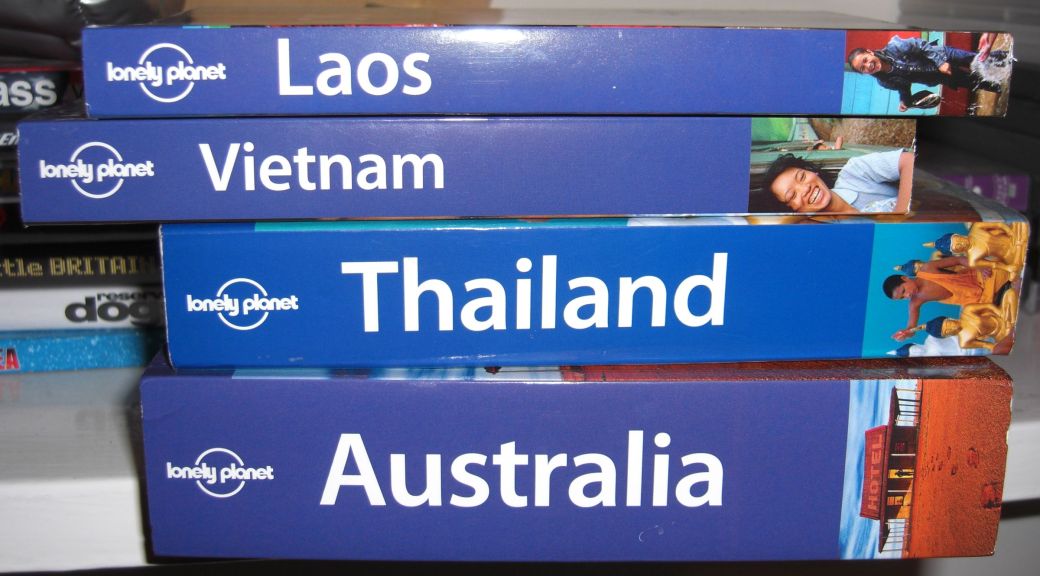