Morning all, back at it again! I’m having some quiet time in the hostel at Hiroshima after a heavy day, and thought I would update the story on here!

After a night on the floor of Janet’s place on her spare futons (they are more like blankets from the UK, I used 2 stacked on top of each other) with my back hurting from straining in the UK…. I felt FANTASTIC! It worked WONDERS! I love them! can sleep anywhere with em! Jet lag hasn’t been a problem either!

We got up and headed to Kobe! How best to describe Kobe… visually of course!

We headed up to the Kitano area (which is like Little Europe, has a lot of houses named “Amsterdam House”, “Denmark House” which are museums of the eponymous country. Was also the Bridal Capital of Kobe it seemed! Lot’s of wedding shops! We found the street performer guy but couldn’t understand a word he was saying!

Our main goal was to head up the cable car (Shin-Rokko Ropeway)! And am I glad we did!

The view at the top was amazing! And we got to hike down as well (me in full on walking boots, Janet in trainers… and Janet had the easier time!). We headed to the Glass Houses that you can see in the panorama, where we found one of the most interesting museums I’ve ever been in, the Spice Museum. The smell was fantastic and it was an unexpected find to say the least! 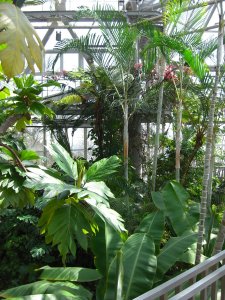 Inside one of the vending machines!!! Coke-Cola do canned, self heating, Sweetcorn Soup!!!!

We proceeded down a bit with me in hiking boots and Janet in trainers… as £120 of hiking boots carried me down I couldn’t help but think she was having the easier time. We soon came to Nunobiki Pond… I think the name is decieving…

Pond... right! First one I've seen with a 30 metre dam at the other side

And it got better from here!

This may as well be in the city!! We were no more than a mile from the nearest skyscraper! 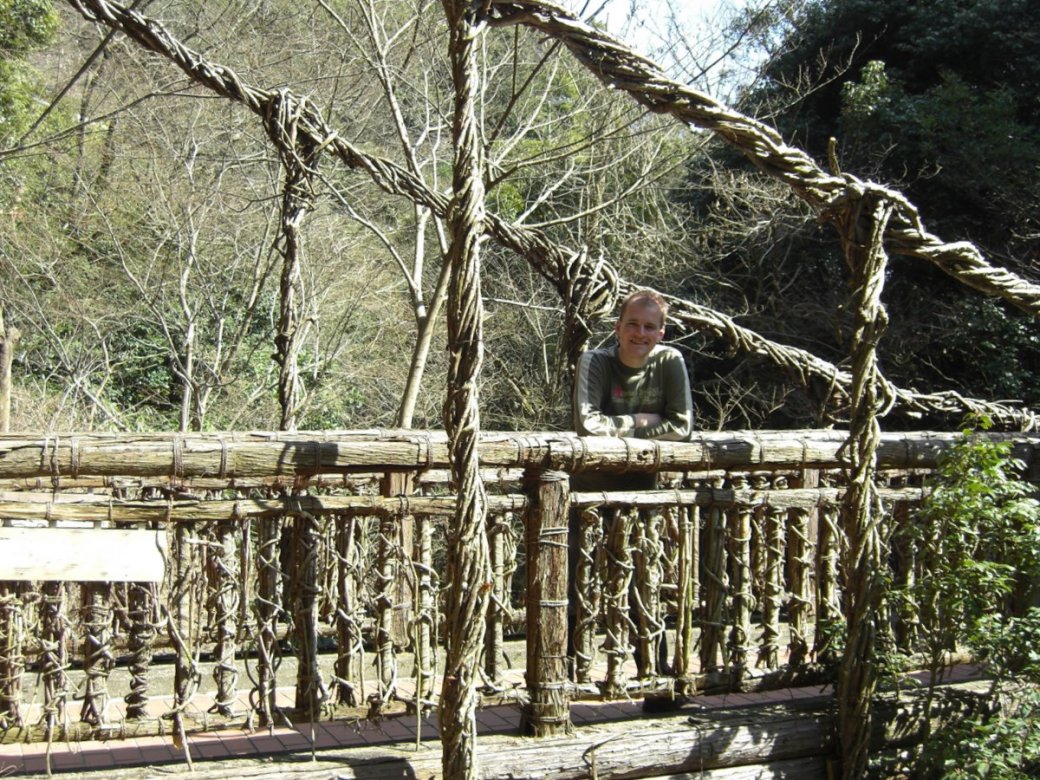 Wish I could remember the name of the waterfalls!! 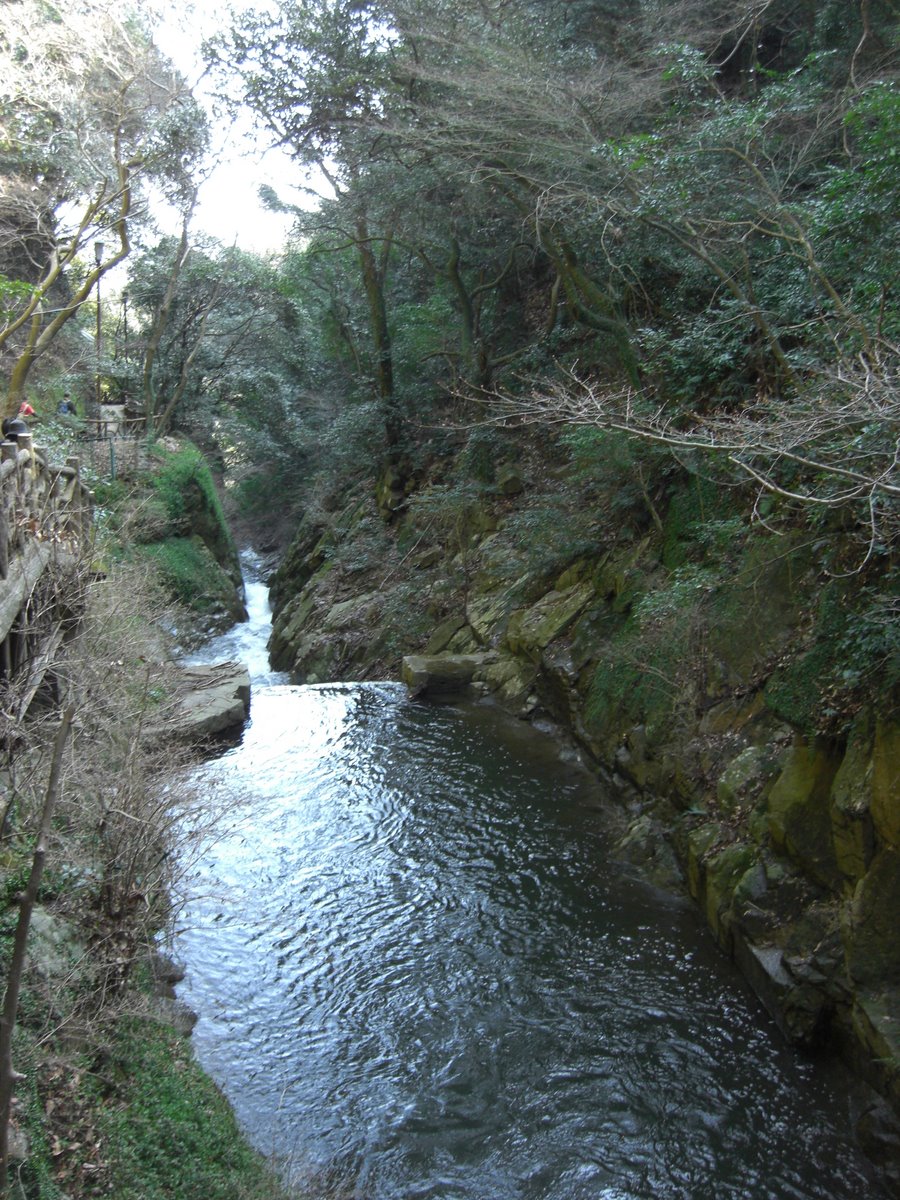 The river from the falls

I then laid off the camera for a bit while we went to Wendy’s (neither me nor Janet have had one in ages and we were starving after the walk) and then headed to Chinatown… where I didn’t take many photos, but this one sure did stand out…

Janet headed back to Osaka earlier than me since she had been invited to dinner, but I wanted to see the harbour area.

I’d hope that most of you remember the Kobe Earthquake (Great Hanshin Earthquake) in January 1995? Well that happened when I was in Primary School… but I do remember the news footage… so I thought I would go and see an unrestored part of Kobe that was hit baddly. 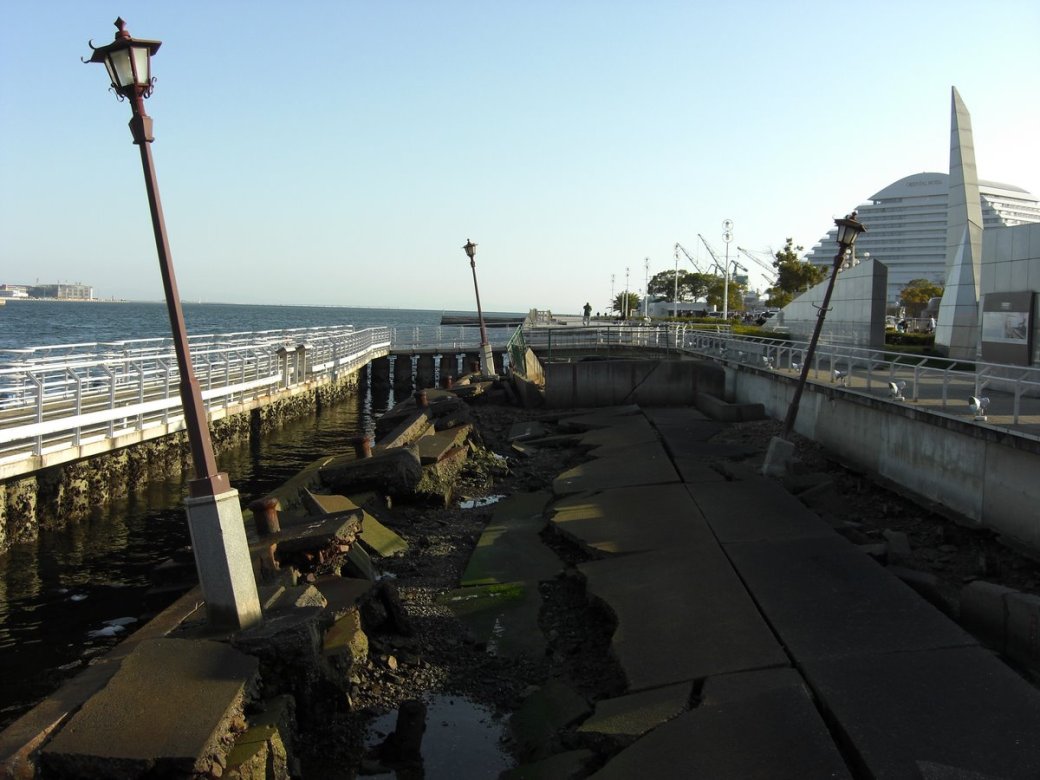 And good god I was in for a sight! This is Meriken Pier. That at least 4 inches of solid concrete ripped like paper!

But looking at the rest of the city, it’s as if it never happened! You would never know if it were not for the memorial. I travelled into Sannomiya Station, a huge station combined with a massive underground/overground shopping centre… a station that looked like this after the quake. And the port aint bad too:

I did not crash this wedding 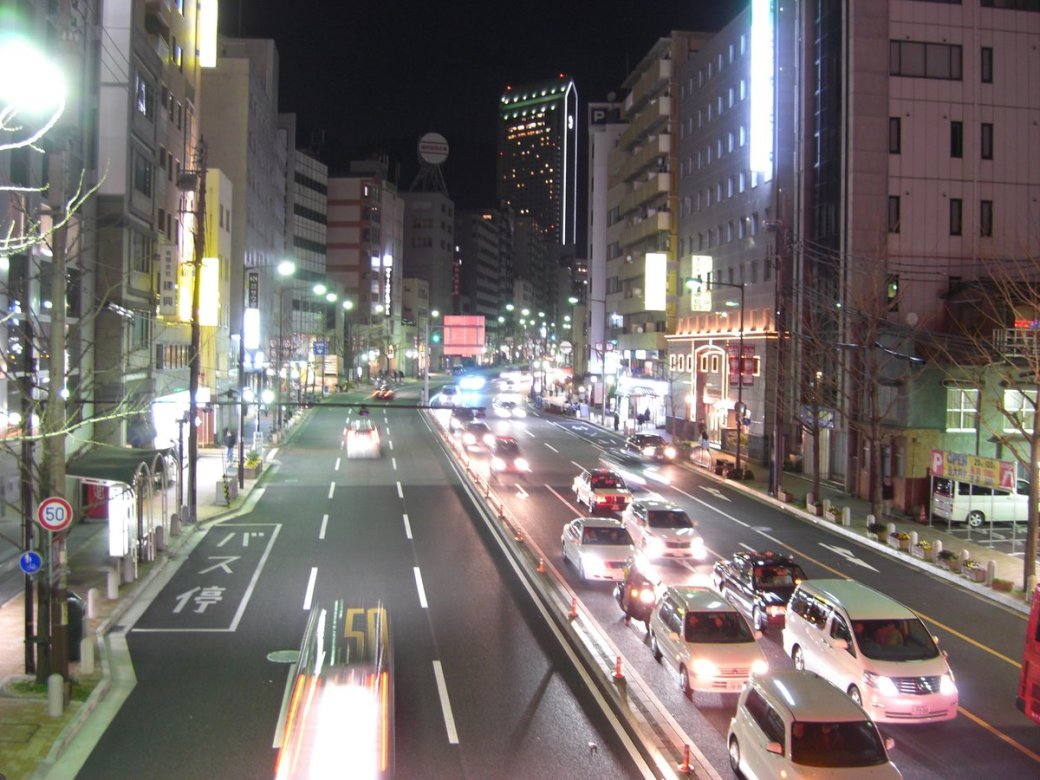 We spent yesterday in Osaka but the main event of the day was the castle!

Now that's a tower! And a castle! (and a bear jacket!)

You can read up on the history here… I’ll skip to the good bits! 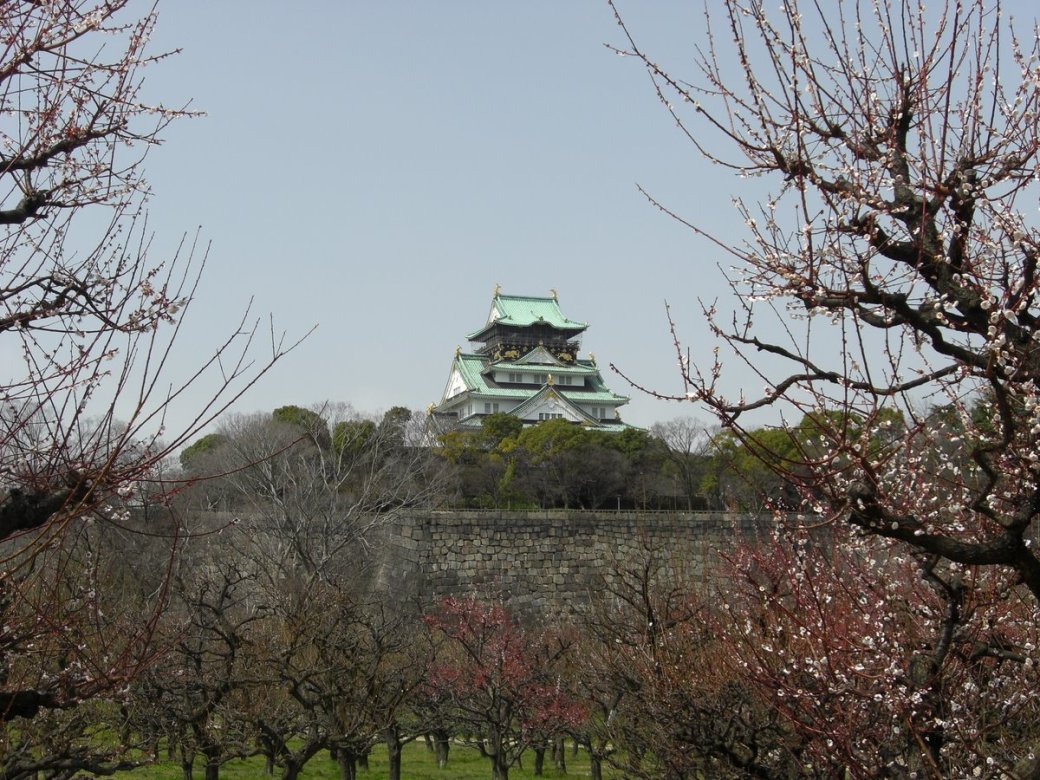 Since this is a restored castle, the inside is a bit... modern

But the best bit!? 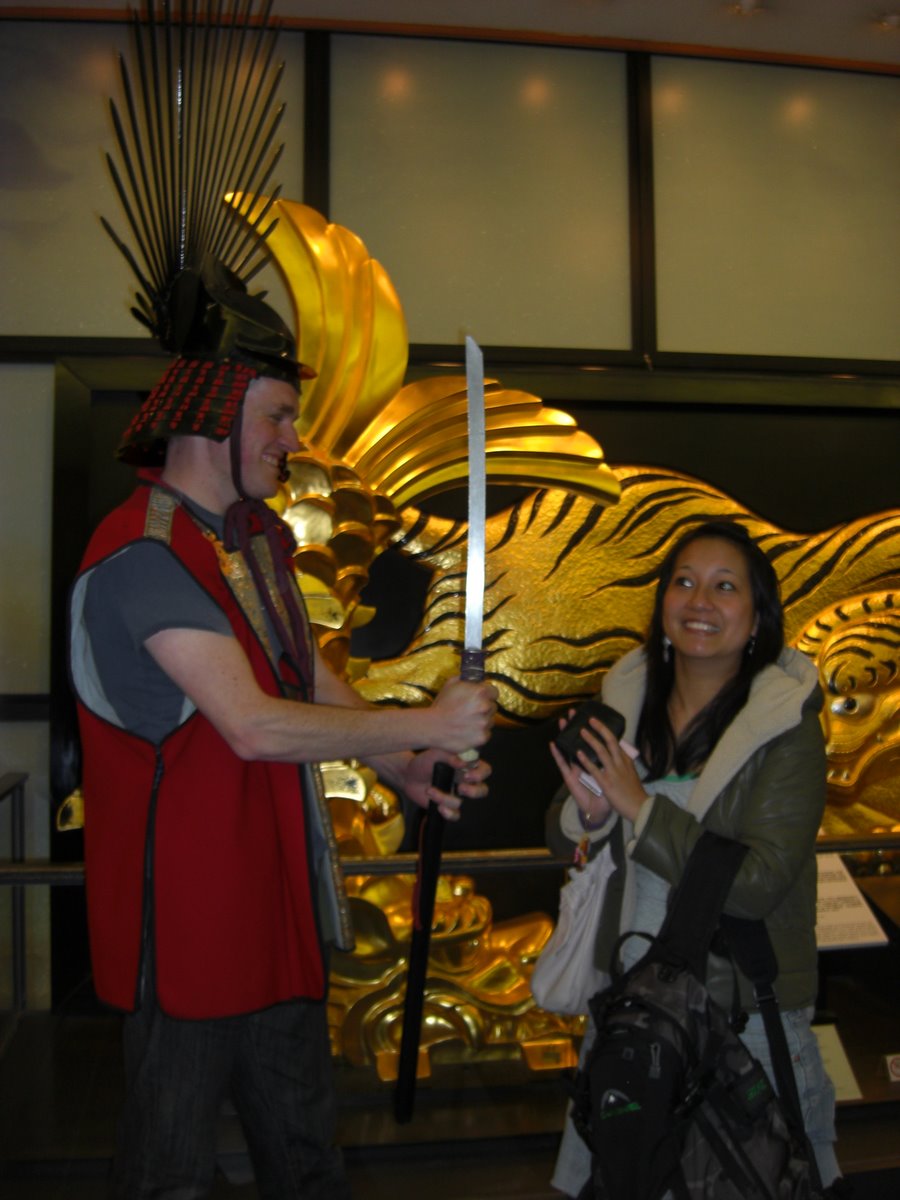 Nothing like decaptiating your host as a thank you!

We then headed out into town! Roamed around and found the Love Hotel district… 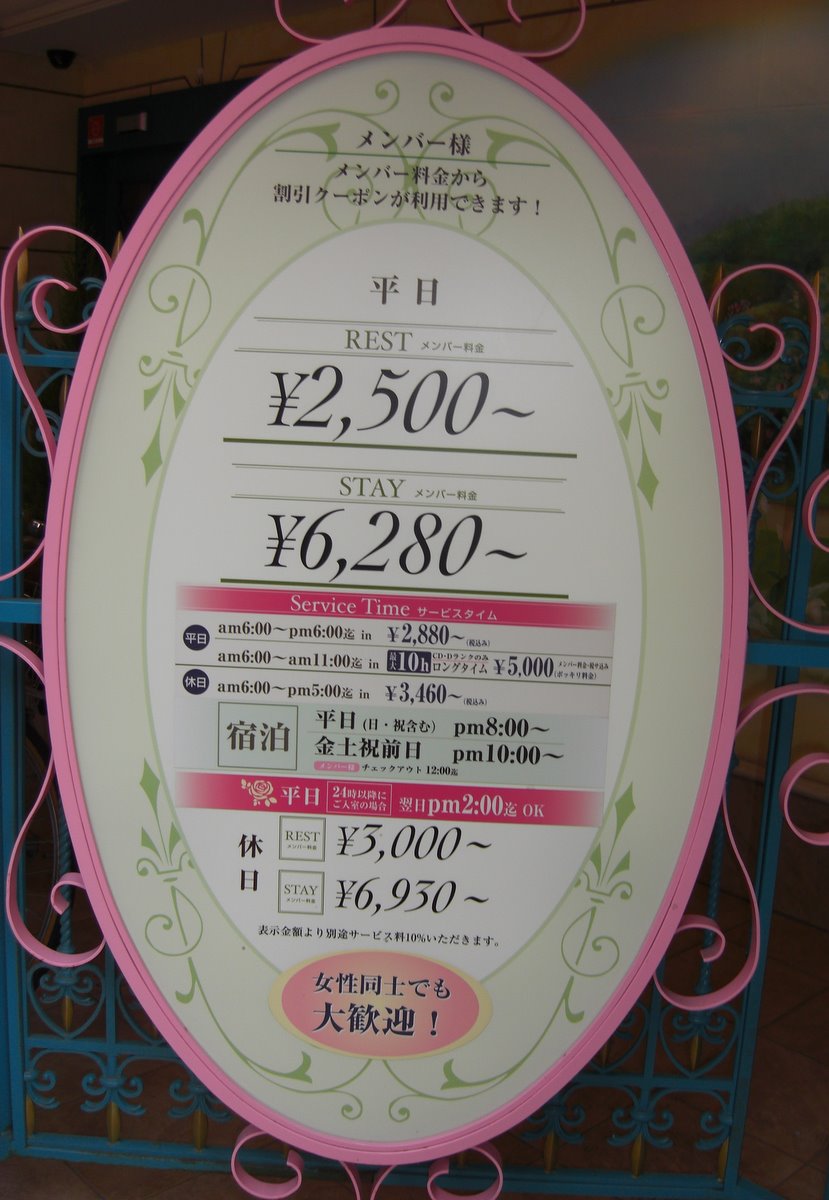 What a good idea! If I just want a rest I can pay for only that!!!

After a show there etc we headed for dinner when we encountered this HUGE CRAB! It was at least 2 feet across and all the other fish were afraid of it… except this one:

I'm not certain the fish was alive, but it did swim off in a sort of floppy way

Dinner!? Well it was a nice soupy stew thing that we ordered, but my choice for the sushi starter was: 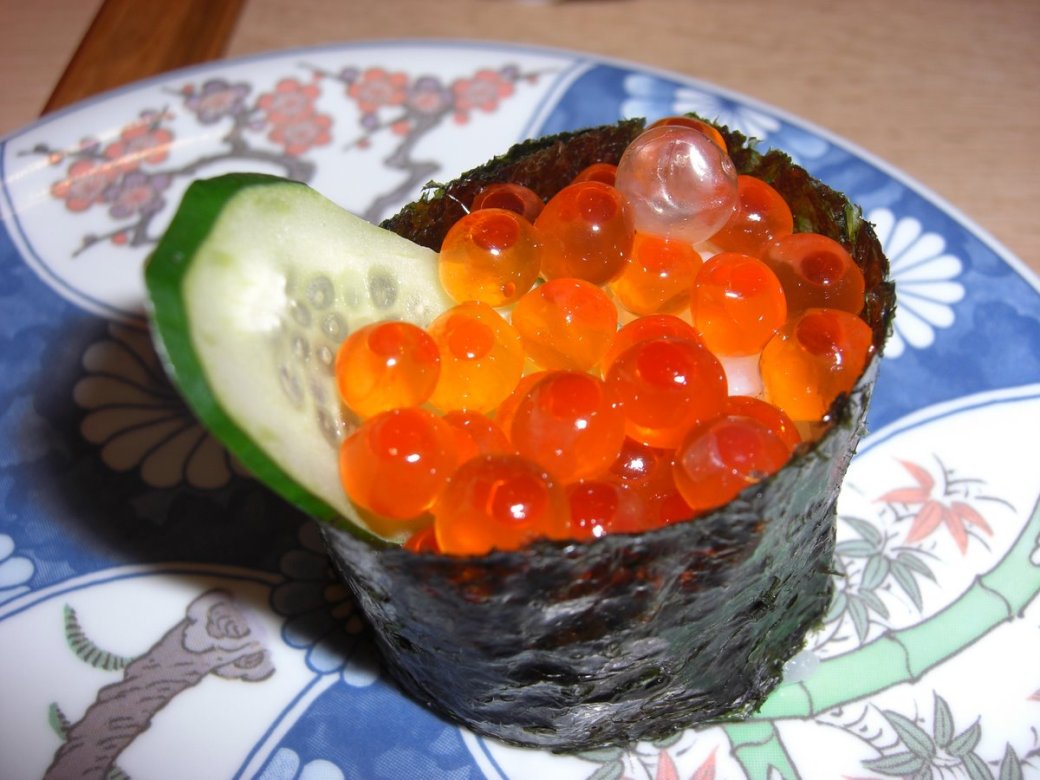 Salmon Eggs! Tasty and they pop in your mouth!

Before we headed home, we simply had to try the Umeda Sky Building and see the view… the way up wasn’t bad! 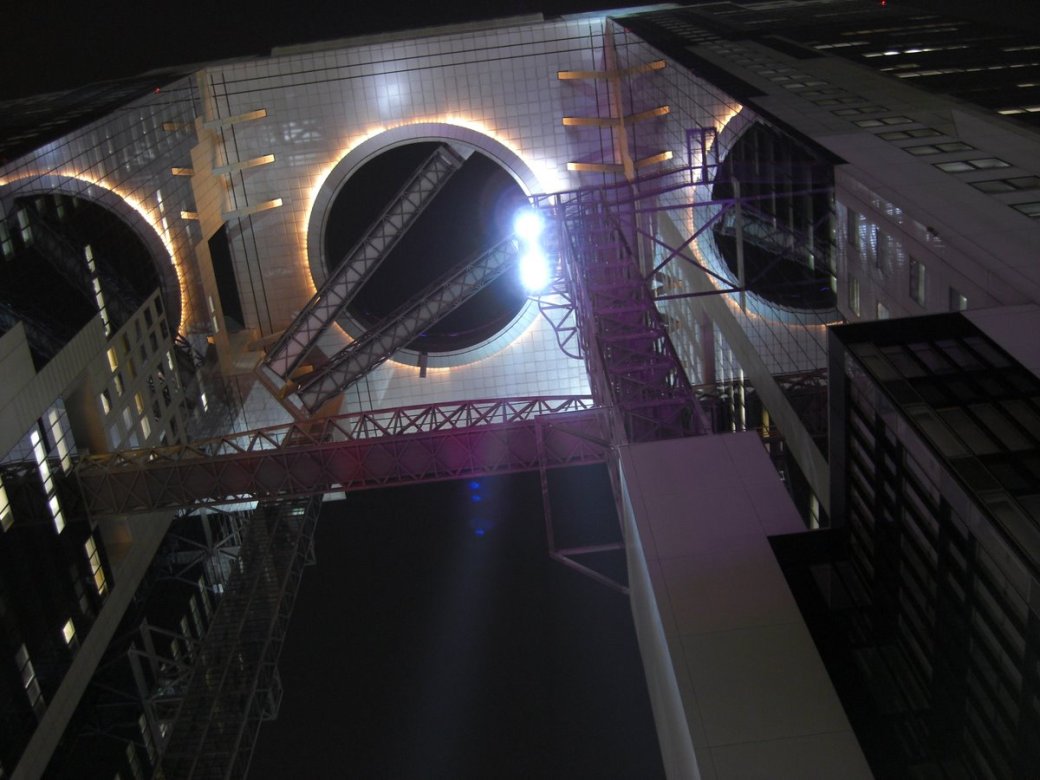 From the ground up! Those tube things are escalators! Its over 50 stories high!!!

The view from the top! Night time Osaka - the red wheel in the lower right is the Hat Five building

Me at the top, near the UV light so I have a glowing Dakine Logo!

And that’s us caught up until today. I might write another one about Hiroshima before I leave, but for the moment I want to go out and find the nightlife!