So after the last post I resolved to take the camera with me this time! Although really I was just going out exploring shops again… But first, Khao San Road…

Could I have asked for a better photo of the sign?

This is pretty much the meat of it

The best T Shirt stall on the whole street!

That’s pretty much par for the course. It’s a nice spot with a happening traveller place, but it’s completely geared to backpackers… something that actually works against it. You see it’s so tailored for cheap travellers it can feel a bit unadventurous.

Still, I then hit up the Siam Square area for a bit of shopping… wanted to find Marks & Spencers (which styles itself as an exclusive brand out here) and a few other spots, but ended up exploring the great Central World shopping centre for ages… which for some reason had a Miss Tiffany Universe Asia show on…

They sure do know how to build some impressive stuff!

A different shopping centre... shows you some of the scale of the place

Anyway… that evening I hit up Khao San Road again, had a nice Mexican meal as I do not fear swine flu, and got the camera phone out…

They ID anyone anywhere?

The street at night 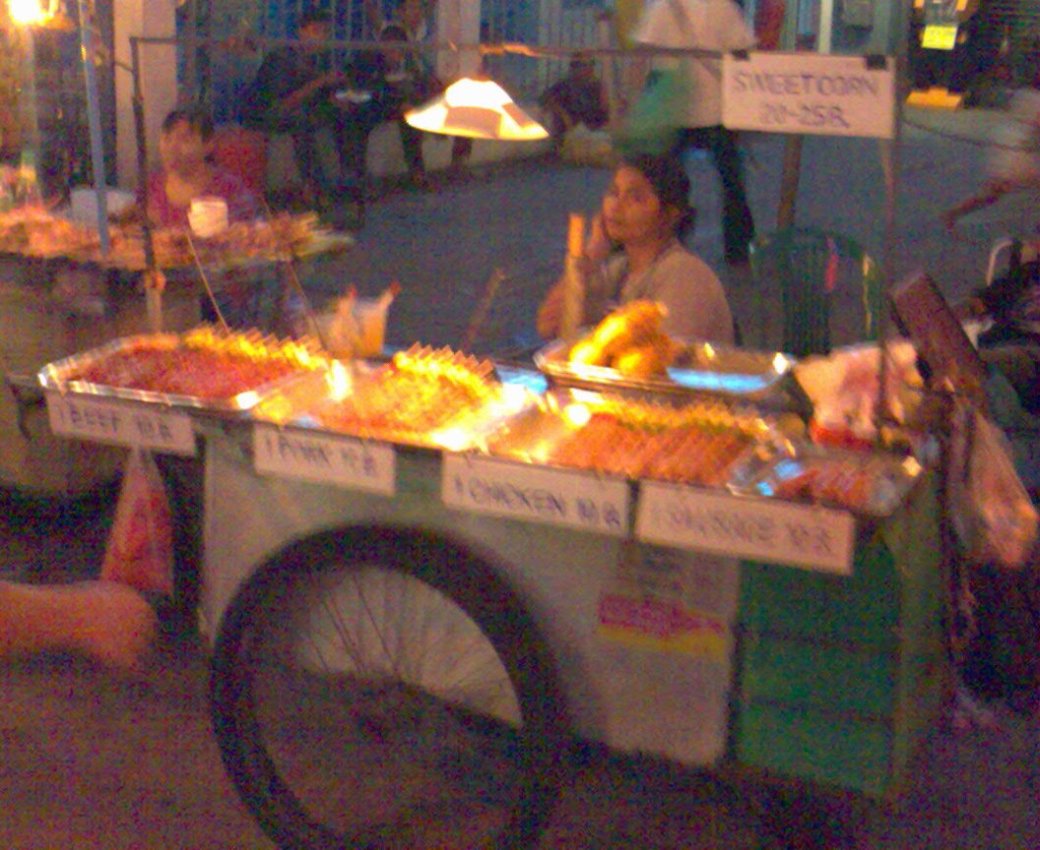 These carts are about at any time of day... street food... I tend to steer clear if I can... but Falafal from the one at the end of Khao San Road near Gullivers is great!!!

The next day I had to do something cultural before I left… I was on my way to the Grand palace when I had to fight off a scammer claiming to be a student, telling me it was closed because it was a Buddhist holiday… uh… no it wasn’t! 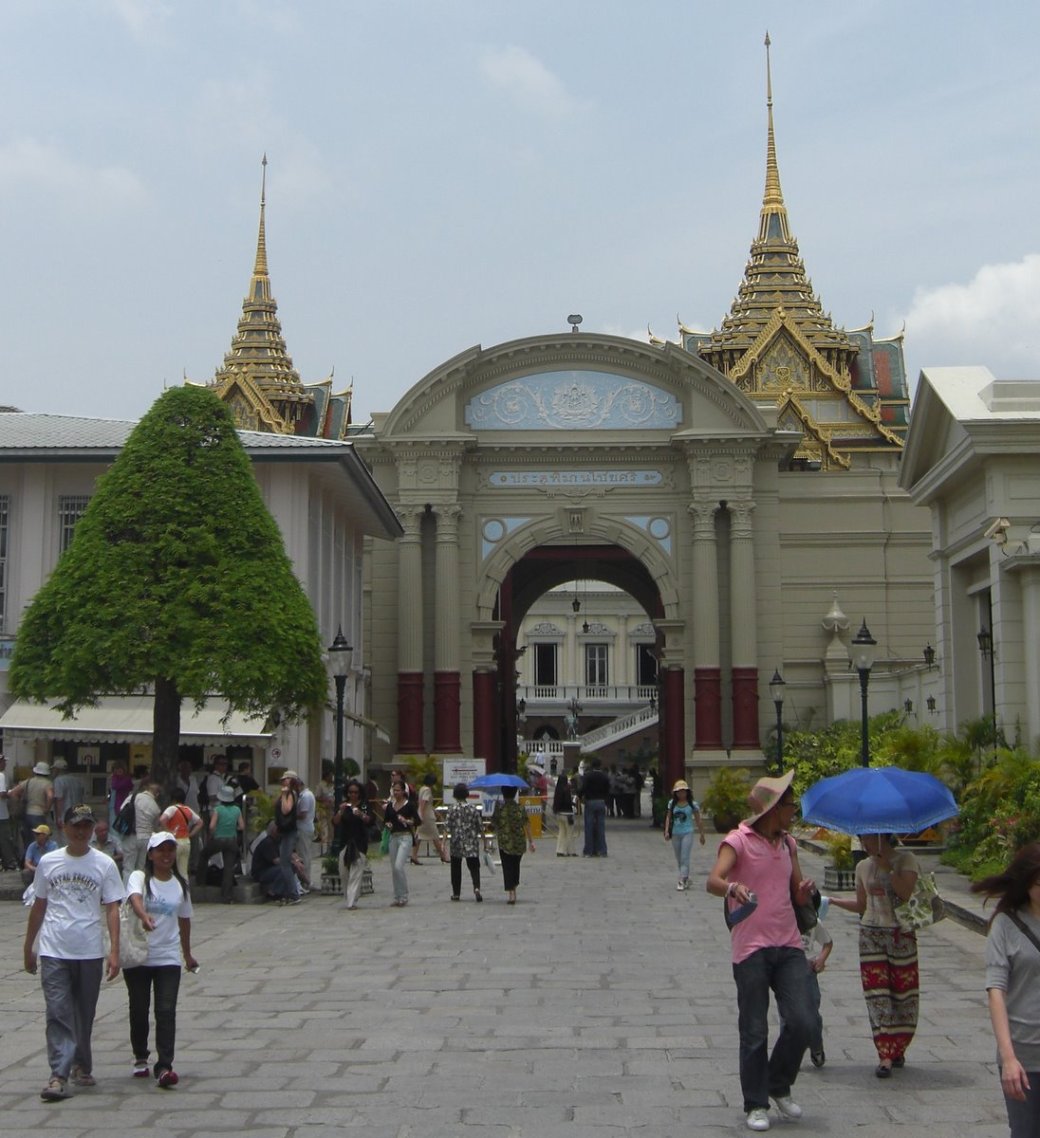 On the way in

This is the helpful sign telling you what you cannot wear... I had shorts on... so...

...I had to rent these fetching things

This photo doesn't do the weather justice. It was great!

Me, in my new fisherman's pants, outside the temples...

The more modern parts of the palace

Remind you of anywhere?

Wonder when these were last fired?

Anyway… after that fun I took a ferry to Chinatown…

It looks funner than it was

And after missing the stop because they ran this thing like a derranged bus on the water… I got there and couldn’t find any cheap Dim Sum!?!?!?!