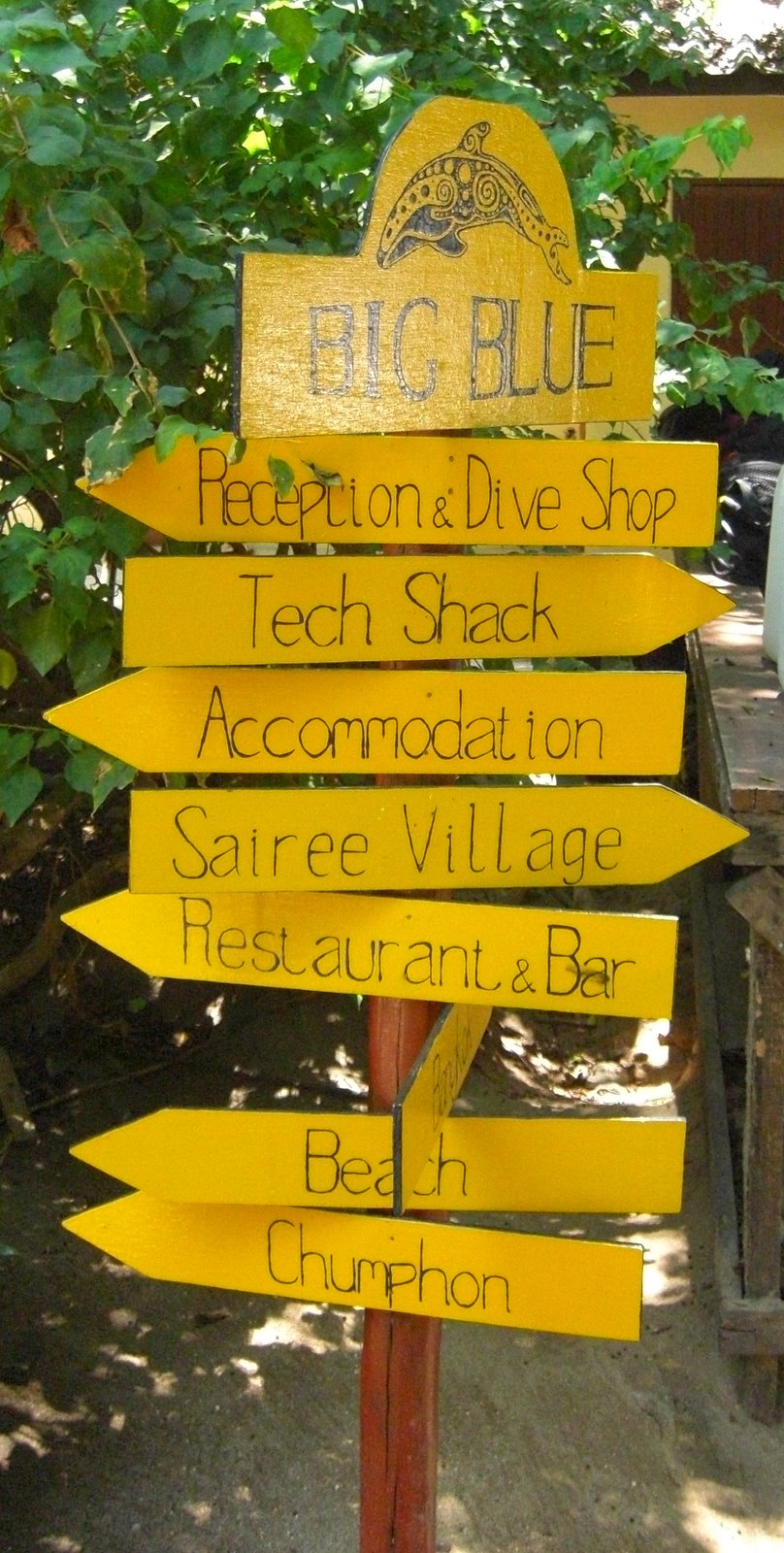 As I mentioned, I signed up for Discover Scuba Diving the day after I arrived. This started at 10:30 the day after. Donna and Kelli would be the instructors and Kelli gave us our first 1 hour of accademics about what we would be doing, how to equalize our ears etc… pretty well covering all the common things that happen underwater. There was an introduction to the kit etc… suprisingly easy to get and catch on.

Got talking to a few of the girls who I would be diving with (I was the only male in the group) and had a good chat with them, seems to be quite a social sport this.

Anyway, after lunch of a Pineapple Shake (that’s all I wanted… had a Full English for breakfast), we headed for the boats. However, Kelli had turned into Rich as she has been called away to a course only she could teach. 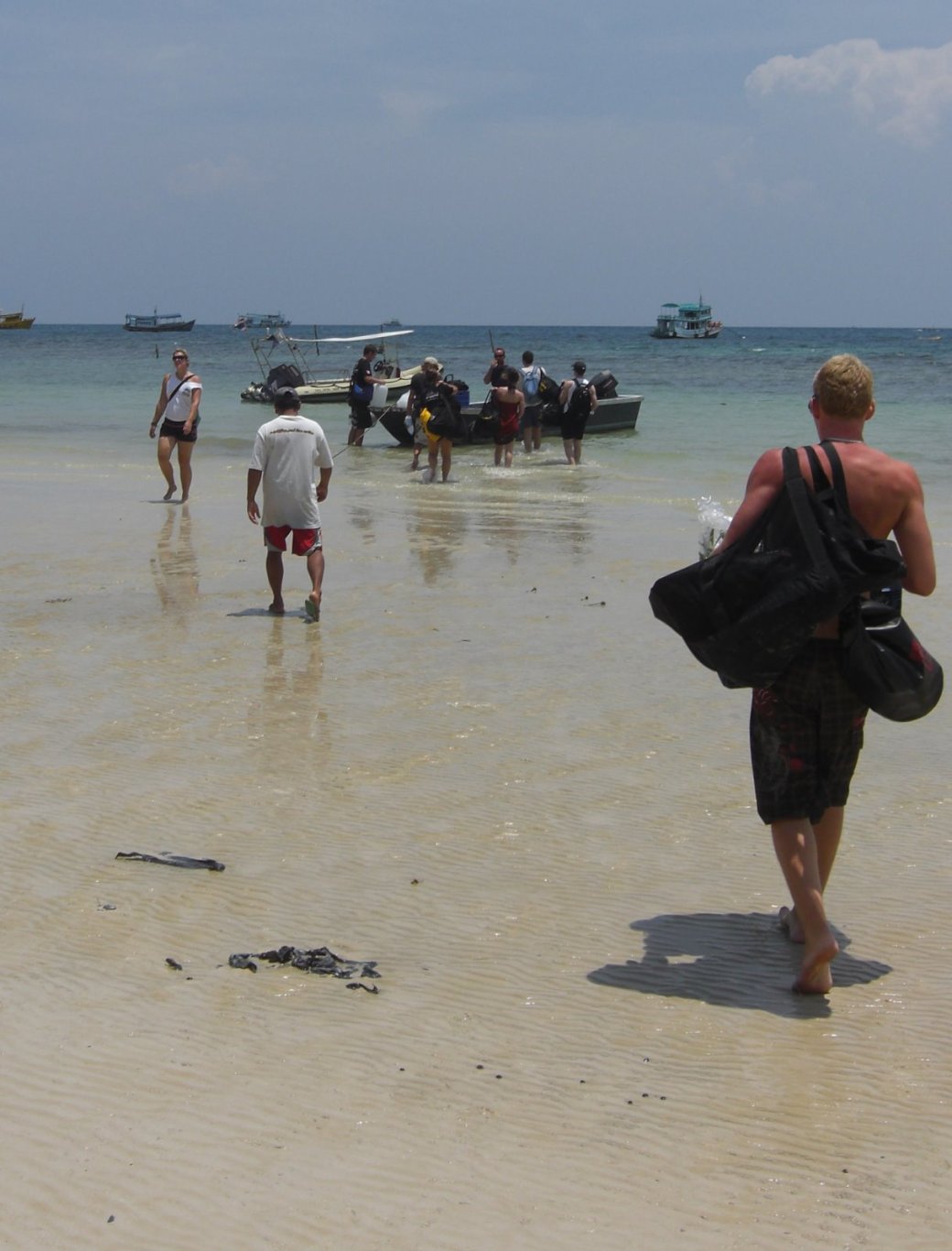 Hey, I remembered to actually use the camera! There won't be many photos as it isnt waterproof 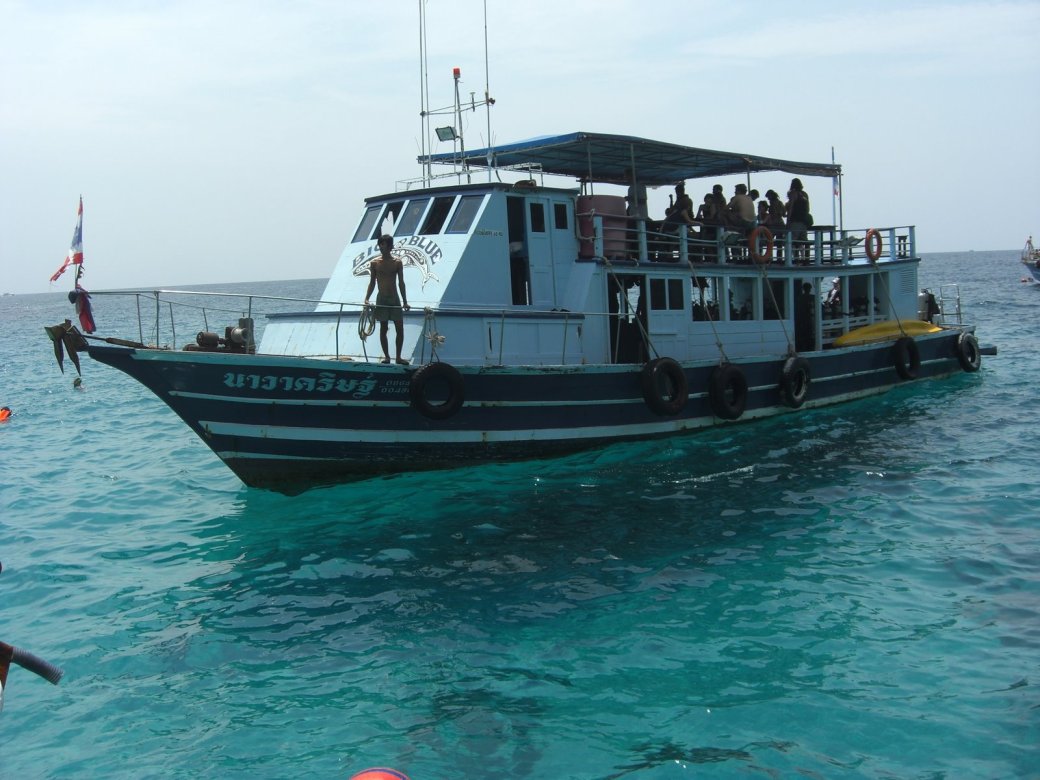 The boat we were using, Navikin (I took this a couple of days later) 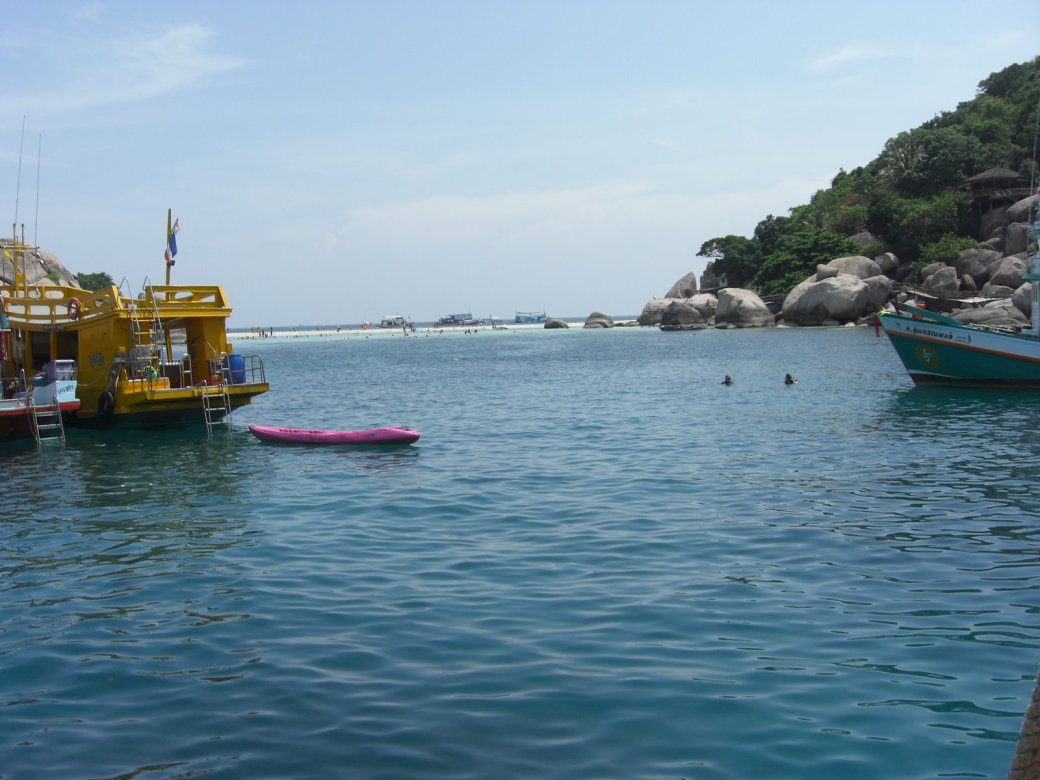 Anyway, we went to that beach you can see in the distance and did skills. Clearing water from mask, regulator removal and replacement, sharing air and a couple of others which I have forgotten. Once those were done, it was time to head out for the first proper dive (just down to 6m).

It was great fun! Didn’t have to think too much about the kit and only had to master bouyency, which Rich showed me how to do via breathing while we were under water… quite impressive that! Plenty to see down there, Banner Fish were the main ones I remember but there were loads.

Lasted about 30 minutes and had a great time of it all.

Got back on the boat and feasted on Pineapple and biscuits. Everyone was buzzing from the experience and we chatted for ages… I decided this was for me after all and signed up for Open Water Diver Certification! 4 day course (well, 3 and a half, spread over 4) starting the day after!