Me and Shane decided a road trip was in order to Margaret River, right in the heart of Western Australia’s Wine Region.

I think the dog was on the lookout for dead roos

Getting there was about 280km, or 3 1/2 hours drive. Shane’s brother had been kind enough to lend us his Toyota Land Cruiser for the trip, so it was pretty comfortable! Also, LPG is fantastic! We only paid about AUD70 (£45) for fuel in the whole time we were there!

As soon as we got there we found a hostel and then headed straight out wine tasting.

The first vineyard (Winery) that turned out to be my favorite, Xanadu

We rocked round about 3 in the first afternoon, in 2 hours. At each we probably got through about 4 tastings and they all rocked. Highlights included some of the AUD120 bottles of Merlot that we tried! I ended up buying 4 bottles in total on the trip, 1 was a gift and the other 3 are probably being smashed by the throwers at Adelaide Airport as I write this. 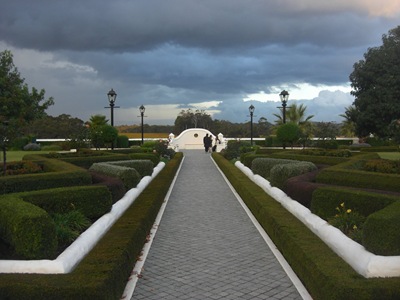 The Wineries really are done up quite well. This is the front of Voyager Estate

If you get the chance, get this stuff! I love grape juice! It’s non-alcoholic, very, very tasty!

Me living it up (and swanning round in a T Shirt while most of the Aussies are in jumpers! Hah! Not so bad being a Pom!)

We headed to the Settlers Pub for dinner… AUD25 isn’t a bad price… and look what we got!

We then got a call from Shane’s Step-Brother’s Mate, Al saying he is having a house party and inviting us. We get picked up outside the pub in an hour… crammed into a car that’s the size of a Honda Civic (6 of us) and a quick stop at the drive through bottle shop and another party to see if we could poach anyone. 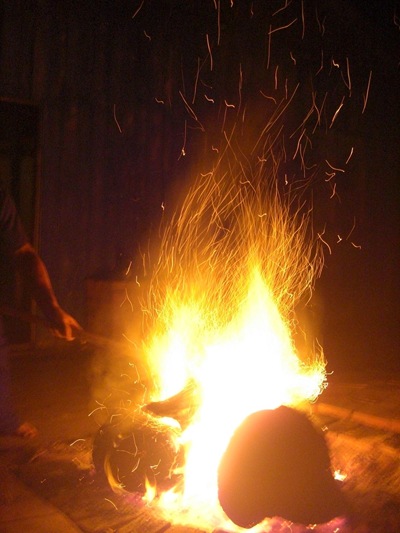 When we got there, the fire was the star of the show!

This place did have quite a farm like feel. In fact we were in a “converted” barn for most of the night. But it wasn’t really converted, just turned into a house.

Gathered round the fire and drank beers for some time. We then decided we needed more wood… so we went and got this…

We dragged that back from the woods and put it on the fire to burn in half… then a few minutes later, Lucy, the only girl at this party, let out quite a scream.

She flicked that Huntsman Spider off her chest!

I guess that came with the tree trunk.

Anyway, we couldn’t get a taxi back (no one was answering at 1am?)  to our AUD30 a night hostel beds, so we had to sleep on the sofas.

In the morning I found they had a pretty nice view!

We headed back, had showers (AUD30 for a shower!) and then headed to the beach for a ganders. 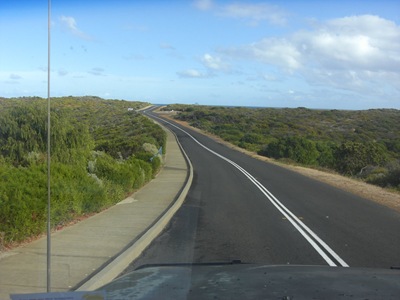 And some more Wineries.. 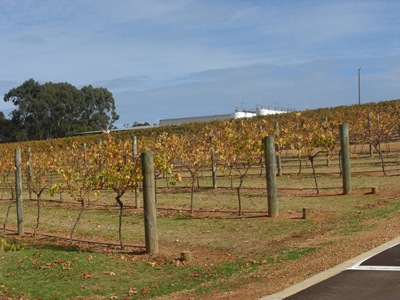 One of them had some strange art! But good! 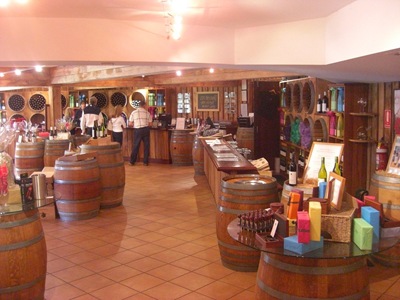 This is the inside of a typical Australian Cellar d’Or 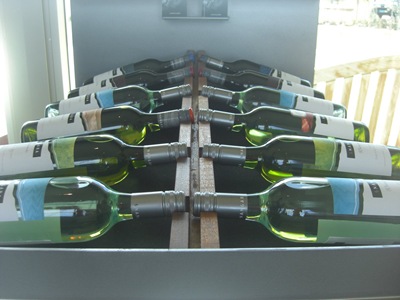 And then we headed back to Perth and Shane’s Dad’s for my first home cooked dinner in 8 weeks! It was fantastic and Shane and his whole family made me feel really welcome!

And today, I head for Sydney. I’m having to miss Adelaide for various reasons, but I’m transferring through it as I write this. It looks nice, but I’m rather excited about Sydney.