Hong Kong was done, the school-kid-surveyors escaped, I was on the surprisingly long 7 hour flight from Hong Kong to Perth! Hong Kong International Airport is one of the best I have seen on this trip… in fact, it beats Osaka! There, I said it. Anyway, I tried not to sleep on the flight and just watch the Cathay Pacific entertainment system as well as write the last 2 blog posts. I was drinking Red Wine for the first time in 8 weeks! Bloody hell!

Anyway, landed in Perth. Now this is not as easy as it sounds. Firstly I queued for Immigration as per normal, and was stamped through no problems (ESTA done ahead of time). But I was intercepted on the way to Baggage Claim by another Immigration Officer who did a proper interview!! Even showed him my itinerary. Then it was baggage claim time. Fortunately I made it to the Quarantine check queue first. You see, when you enter Australia, they want a thorough check of your bags for virtually anything biological. Australia being an island nation, they want to keep harmful insects out. But, it seems the greatest threat in my bag were some dried leafs, in the incense burners I bought as a gift!!! The guy wanted to slash them open to get at them! Talked him out of it and removed them carefully.

Finally got out of the doors, met Shane and drove home having a catch-up. Was great to see him! Better still, we were staying at his Mum’s place which was very comfortable and I got to stay in a decent bed for the first time in 8 weeks! Fantastic!

The next day we did a barbecue brekky and then headed out in the car. First stop, Freemantle for an explore and lunch! 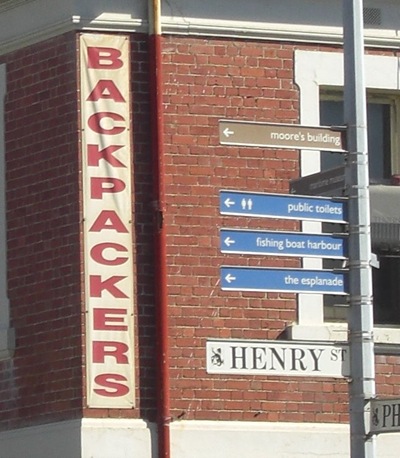 There are some great street names here! 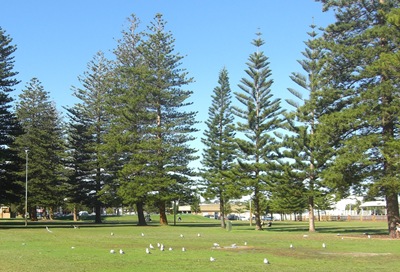 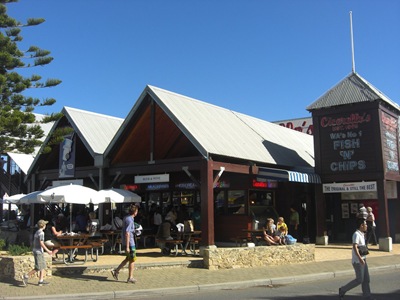 Snakes on a beach!?

One of Shane’s friends had organised us some free tickets. I felt like I was getting a good Aussie experience when I found out what they were! 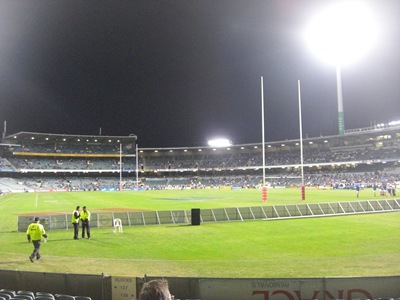 Then it was off out in Subiaco for a bit of drinking. However, we had to last train it as I had eaten a surfboard sized Turkish Bread and it returned to haunt me! Plus the bar had no ventilation what so ever!

The next day was more of a chill out day watching AFL and doing a bit of research into how to get my phone to send MMSes on 3 Australia!? Which I still cannot do, HELP!

That evening though, we met up with 2 of our Whistler mates, Big Mike and Super Dave! Was great to see them after a few years and surprisingly me and Dave are in the same line of work. The sunset session we were at was pretty good! 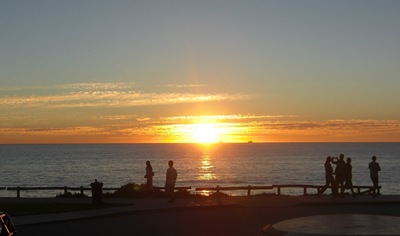 Awesome car we kept seeing around

Hungry Jack’s (Burger King) for tea… under extreme peer pressure (well, not really :P) then we got some kip as we were off to Margaret River the next day.