Last minute the night before, I moved some flights around in order to have the morning with Tracey, but then had to head on to New Zealand or I might never go. Bus (since the trains were not running) down to Sydney (which was really good if I’m honest) then Airtrain to the Airport. Easy! But I had left a little too much safety time and had to wait in the airport for three hours! And a word to the wise, go through security late, the food on the other side is not good!

I thought I would take a product placement shot for Quantas, and get a good view of the CBD!

Anyway, flew over and spent the whole time editing the Offroading Video. When I got to Auckland it was 9 (we were about 40 minutes early thanks to a great tail wind).

When entering New Zealand (or Australia) your subject to pretty strict Quarantine arrangements. Specifically a Spaniel will come around and sniff your bags in search of food. My bag had the picnic in it on the visit to the Watagans, so of course it loved that! Thankfully it was the smaller bag!

A bag search later I was given the green light, I got the main bag and headed to the next stage, which involved an X ray! Now that I didn’t have when I went to Aus!

I then headed out, got some cash and caught the Airbus to the centre. Driver was a really friendly guy and called out our specific stops as we got to them, made life very easy for the few passengers on there at that hour.

Checked into the Nomad’s Fat Camel Hostel, on Fort Street. That’s right in the middle of Downtown, however, there seemed to be quite a few strip clubs around there. Still, wasn’t the red light district or anything, and as a place to crash, it was pretty good (could be cleaner though). Went for a few drinks in the hostel bar then slept (jetlag has me thinking its 2 hours behind).

The next morning I went for an explore and a bit of shopping. Looking at new Ski Jackets as I might still go to the Ski Fields, but decided against as they were $180… but then again I am splashing that much cash about 😛 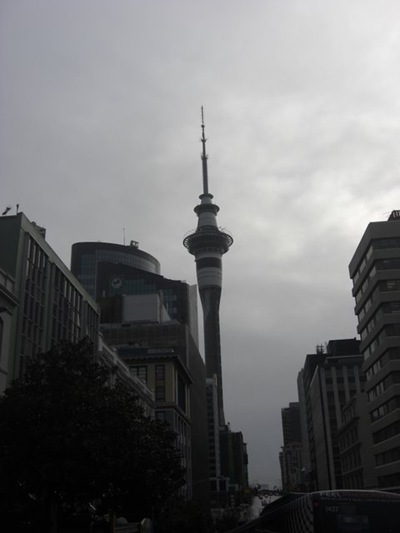 What is this thing called rain?

To get myself back in backpacker mode, I went and got lunch from a supermarket and ate it back in the hostel. There I got talking to a Dutch girl called Nikki and we decided to head to the Auckland Museum. 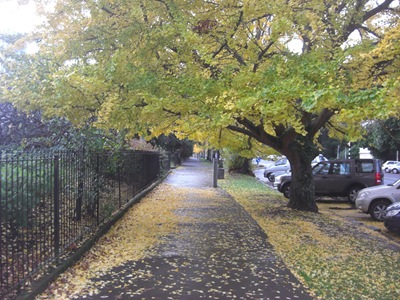 This is what you imagine walking in Auckland is like…

You’d be wrong! This stands in the way of the CBD and the Auckland Domain, containing the Museum!

I’ll spare you the details of the all action dive across the traffic, that would bore you.

Ere! I recognise them from home! I doubt ducks migrated to NZ by themselves!

Made it to the Auckland Museum

This was one of the most interesting exhibits. Quite a bit on human migration in this region of the world. This vessel was used for exactly that, 8000 years ago! 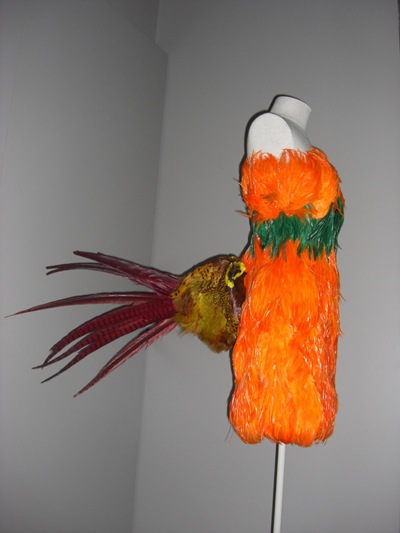 Then we moved into the more modern history section… why does this dress have feathers coming out of it’s arse?

We headed back to the hostel and I carried on more video editing until we headed down to get the free dinner they threw in, tonight it was Chicken Pie. However, it was the size of a golf ball if you have the free one so I upgraded it for $7 to big portions and a pint thrown in! Nice!

Nikki then invited me out to Fusion bar (down the street) to meet up with another one of her travel buddies. It was Mad Hatter’s Tea Party night so it was pretty random and her buddy had quite a few 2 for 1 drink vouchers (good!) so we got boozed up and went to another bar to hear some live music, before a cheeky Burger King on the way home!

The next day I decided it was time to head for Waiheke Island, more on that in the next post but here is quite a shot I took from the ferry.

One thought on “Auckland”