Ok so I’m skipping a bit here to the Watagan Mountain trip that me and Tracey did. Mostly this involves photos!

This should set the theme of the day nicely! 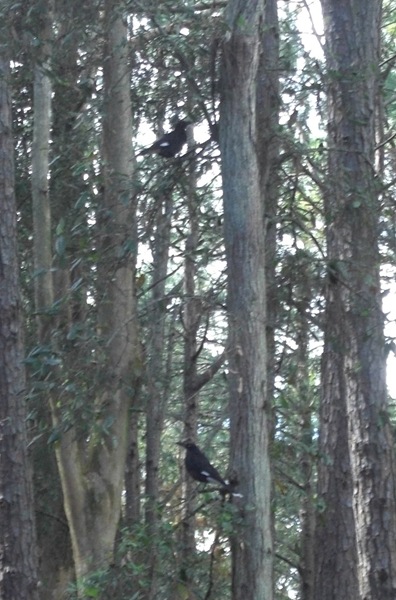 Not sure what these were but the crows outnumbered them! 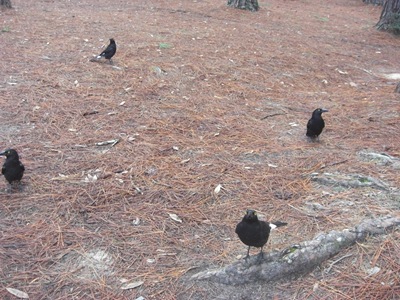 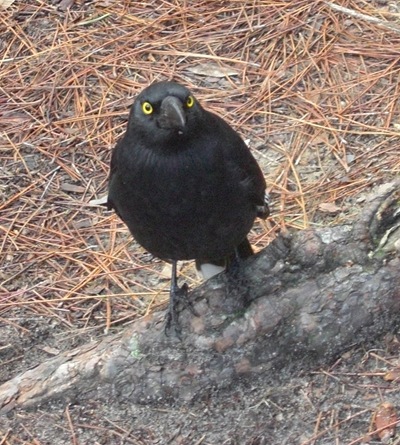 The leader approached! I think he was after the food!

After a dramatic gunfight, car chase escape that culminated in a final battle atop a bridge as it was being demolished, we went for a stroll in the woods… 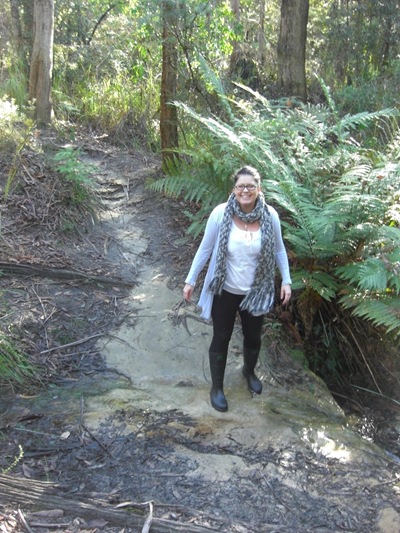 Tracey using her gumboots/wellies as a licence for anything 😛

Now this was the start of a few issues. You see Abbots Falls trail makes it sound like a nice little walk, all marked and signposted, with some waterfalls at the end. Not so. We headed down it and were soon sliding our way down steep, muddy, wet pathway with no end in sight. After a good kilometre of it we decided to turn back, thoroughly exhausting ourselves on the return leg back up!

But what was worse? When I got home and put the data from the Holux GPS Unit that I was carrying into Google Earth… it showed us that we had done a 105m vertical descent and climb again for nothing! There were no waterfalls, no beauty spots that I could see! Nothing!

I’ll get a screenshot of it when I’m next online.

One thought on “Watagan Mountains”