Ok… I’ve not done much travel at the moment, various reasons… mainly that it’s been winter and it’s as much fun to stay near Vancouver!

I have, however, invested in a new Panasonic Lumix DMC-TS3 camera, replacing the TS2 I bought last year.

It’s getting warmer now, so skiing is starting to end (did Grouse, Cypress and of course Whistler this year) and hiking is starting to increase. I’m actually booked to go on a 4 day hiking/camping trip up in Garabaldi Provincial Park, including a hike of Black Tusk, in June. Looking forward to that and will put photos up.

Speaking of photos, here are some! 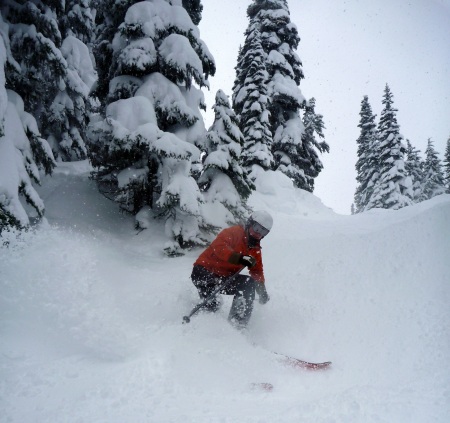 Here's a more sensible shot, in the Helly Hansen gear I bought this year. 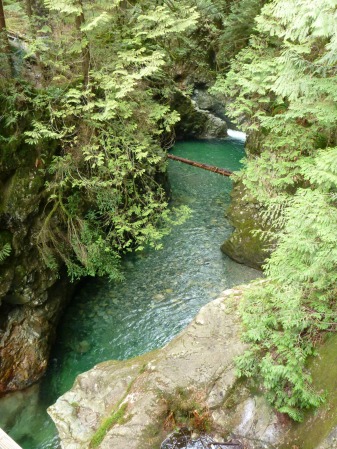 Now on to the hiking, Lynn Valley has been popular! 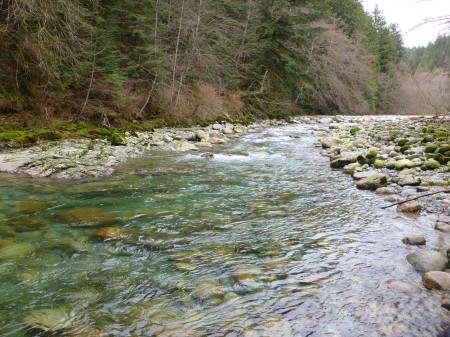 Note how clear that water is (it's important later)

Deep Cove is another good stop!

When I'm dressed like this, it's a good weekend!

There’s something I don’t have photos of. I did my first cold water dive last weekend with Edge Diving Centre. When I say cold, I really mean cold! The water temperature was around 4-5°C. Essentially, at this time of year, fresh water (from melting snow mostly) is running off into the ocean and forming a layer of colder, fresh water on the surface. At depth, it’s slightly warmer seawater, which is better. All of these changes have meant an plankton bloom at this time of year, limiting visibility a lot.

Anyway, 2 dives booked, 14mm wetsuit on and in I go. Yes, it woke me up I tell you! With all that neoprene, I was ridiculously buoyant, 46lb/21kg of extra weight was not enough. On the first dive, wasn’t able to actually stop for the safety stop. With an empty tank, and not enough weight, up I went.

The surface interval was interesting… initially I tried just wondering around to stay warm, didn’t work. Then I added a hoodie, also didn’t work. Eventually, and lots of shivering later, I had to be put in a truck, with the heat on full, and a couple of blankets. Quite comfortable actually.

By the way, both of the other two divers in my group had drysuits on!

Eventually, with 51lb/23kg of extra weight, I had a much better, but equally as cold, dive. With the correct buoyancy, I was more stable in the water. Lots of lin cod, one of which went on the attack in defence of his nest, loads of starfish, a few crabs. No octopuses were seen though, all the dens were empty, and the Grey Whale we saw on the surface didn’t come back.

I make it sound like I was frozen to death… I actually had a great time!

Note: One of my friends, Harini, has gone to Tanzania to volunteer for a few weeks. She’s also chronicling her adventures! Good luck and keep us informed!