We did this trip in February 2014 but, for very good reasons I don’t want to discuss, had to delay posting this until now.

A few years ago, we heli’ed up to Keith’s Hut only to find that it was full, and that the heli was unwelcome. We decided to repeat the trip, this time on snowshoes for me and up the traditional winter route.

As I’ve been doing recently, here are the resources:

We set out early from the parking (just off the highway, probably space for 15-20 cars) and the forest section at the start was narrow and tricky. The elevation was gradual but present, and continued as we started to open up into the meadows. Eventually we were deep in the valley before it opens up into a very large bowl. You go to your right (the Eastern side) and make your way up through another wood then loop round into the hut.

Sounds easy? It’s not that easy when you can see, hear and know of all the avalanche risks. We went up on a moderate risk day but it soon became clear that slopes were slipping due to heavy wet snow. We took a conservative, planned approach and were all in possession of avalanche safety gear (all but one person had AST1 and that person was drilled on what to do). Unfortunately it looks like I’ve lost it now, but the other skiers and I were mapping out the avalanches on Backcountry Navigator. I won’t soon forget hearing those rumbles down the mountain.

Anyway, we pitched up at the cozy hut with solar powered lights, an out house and a wood stove. The upstairs is ladder accessed but I chose to stay downstairs for the night, reading a book on my phone (yes this is perfectly possible to do).

The next morning we headed down. The avalanche conditions were much worse. Woomphfing sounds under our feet were making it clear that (what I believe) was an early evening weak frozen surface layer covered in heavy wet snow. This promptly collapsed under us and we had many, many sink-ins that we needed our shovels to get out of.

Pleased to see the cars again! 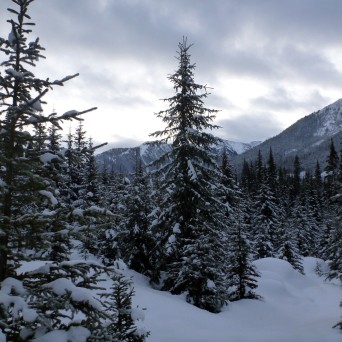 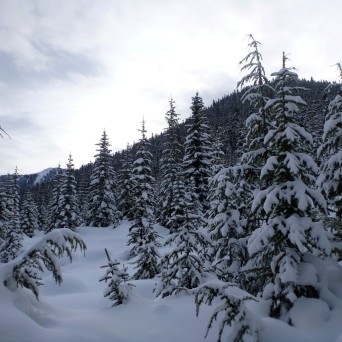 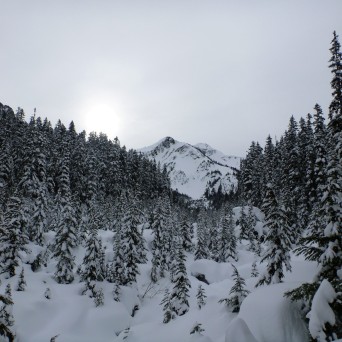 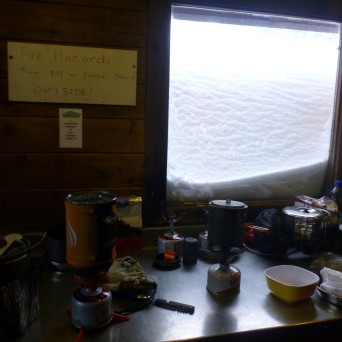 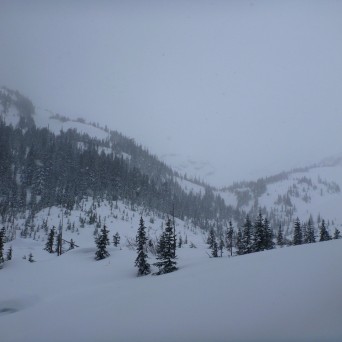 I haven’t edited this, it was grey! 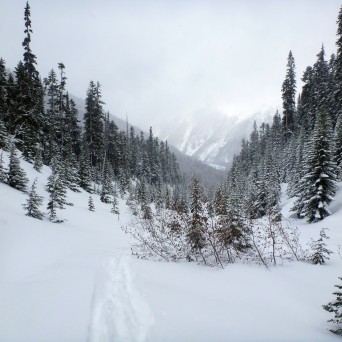