No sooner do I write that introduction post to the Chilkoot Trail than I stumble across photos of it. We were in the rather excellent Chuckanut Brewery last night, having dinner, when we noticed these on the walls behind me. 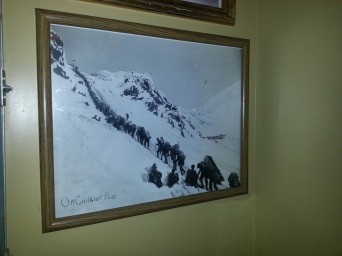 Last year me and a few friends decided that we wanted to do a hiking holiday and we decided that the Chilkoot Trail looked perfect for this.

The Chilkoot Trail is a National Park and National Historic Site/Landmark both in Canada and the USA, that connects across the border forming the old route of the Klondike Gold Rush which took place between 1896-1899. It’s a 33mi/53km route from Dyea, Alaska (close to Skagway) to Bennett, British Columbia (close to the border with the Yukon). The closest city (and airport where we fly into) is Whitehorse.

Maps of the route from Parks Canada and the United States National Park Service.

The history of this is that the trail is that it was a route that was used by Gold Miners, seeking fortune in the Klondike. They would take heavy packs of equipment and supplies expecting to stay up there a year (for that year, they were recommended to get all this stuff, but I’m not sure how they got all of it there). They would head to Skagway, where where they would start the 53km journey. On the second day, when they saw the 12.7km trip from Sheep Camp to Happy Camp, better known as The Pass… they might eject a lot of that equipment.

As shown by some of the research (done by Hannah, thanks Hannah) you can still see the items they threw out to lighten the load by the side of the trail route.

It’s a 5 night hike, about 12km each day, undulating. We’re then getting a train service back featuring a carriage to properly seal off all the unshowered hikers from the other tourists.

Will be posting more about it over the next few weeks. We leave at the end of July!

This is part of my catch-up writing, so this story is from March 2013.

Browsing VOC Wiki one day I found the list of huts in the area and Brew Hut near Squamish caught my eye. None of us had ever done this and we needed a good uphill destination in preparation for Chilkoot in July (more on that in some later posts).

Planning took a couple of weeks of reading trail reports and the wiki page, plus getting people organised etc. We decided all snowshoes for this, and full gear including tents had to come up. Jesse the black lab could join us too as the area wasn’t restricted for this! Avalanche Safety Equipment rule was enforced.

So we headed out from the Powder Mountain Catskiing shed on foot. The first 1km was dirt road but then we switched to snow and therefore snowshoes. The area is very popular with sledders (aka snowmobile users) and we could hear them buzzing along. A few had to be slowed down with hand signals as they were approaching far to fast (but not all I point out).

The first 8km or so is fairly uneventful forest service road into the back country, but the views are great! Better still was Hannah’s home made beef jerky! She bought a dehydrator a while ago. After a long way you’ll see a small sign for the R200 road turnoff, which is actually just after the road as you approach. Keep your eyes on the trees for the sign (photo below) and look out for the long sweeping road joining the FSR and going uphill.

Then you’re into undulating snowfields, not entirely clear where to go here (needs a few more markers if I’m honest). Eventually you enter the trees then come to a somewhat narrow gully (we think this called the draw) you must make your way up (assess avalanche risk before proceeding). Then it’s a few kilometres of tree hiking, all uphill or traversing slopes. You rise out eventually.

The final leg is above the treeline and crossing a few glacial bowls up to the hut. By this point my hip (which I would be later told was inflamed around the socket) was really hurting. More frequent breaks were needed.

You won’t see Brew Hut until you’re almost on top of it, so trust your map. Looping round a ridge you’ll find it and be glad you made it as it’s a great hut! We dug out the wood shed and found some wood was still there, so we got the fire going and waited for the touring parties that had no doubt followed us to arrive. Made a few friends (more Brits, I wasn’t the only one with an accent).

Thinking ahead, we had decided on mulled wine as a luxury item to haul up there! Hannah provided the spices (from her epicure party contacts) and we all carried wine up. Jesse by this point was passed out on a mat behind the fire warming up.

We still had phone reception up there! I had brought my Anker Astro 3E External Battery too charge phones with too. Pretty good being able to give everyone’s phone a boost up there so we could let people know we had made it and send out a few photos of our trip in advance 😛 Yes, I post from the mountain!

Got some sleep, unfortunately I sleep talk so unconsciously cried for help in the night.

Departing the next day, the experience was somewhat tarnished by a skier who really needs to sort out his attitude to sharing huts and dogs, and certainly mind how he speaks to other people. Good news is he is one isolated person in a great number of friendly people who know how to use the backcountry with others in a friendly way.

We headed down, my hip a lot better on the descent, and we moved a lot quicker (took us about 3.5hrs rather than the 8 or 9 it had to do the same 14km the day before). Weather not as good so not as many photos.

Jesse was absolutely exhausted when we got back. I don’t think I had drank enough water either so had a headache.

A great trip and thoroughly recommended! 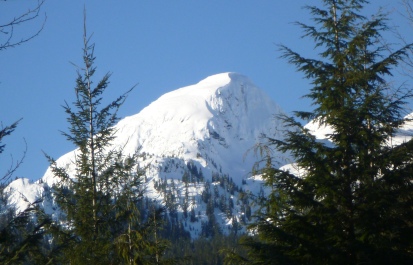 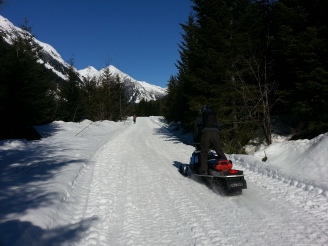 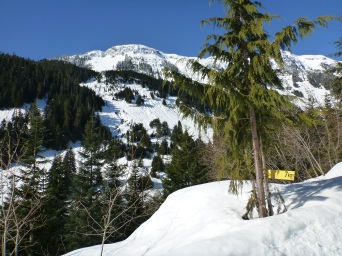 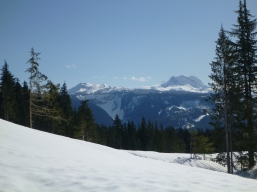 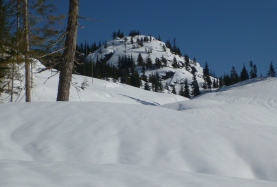 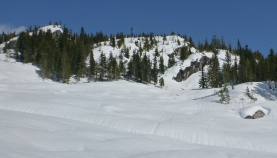 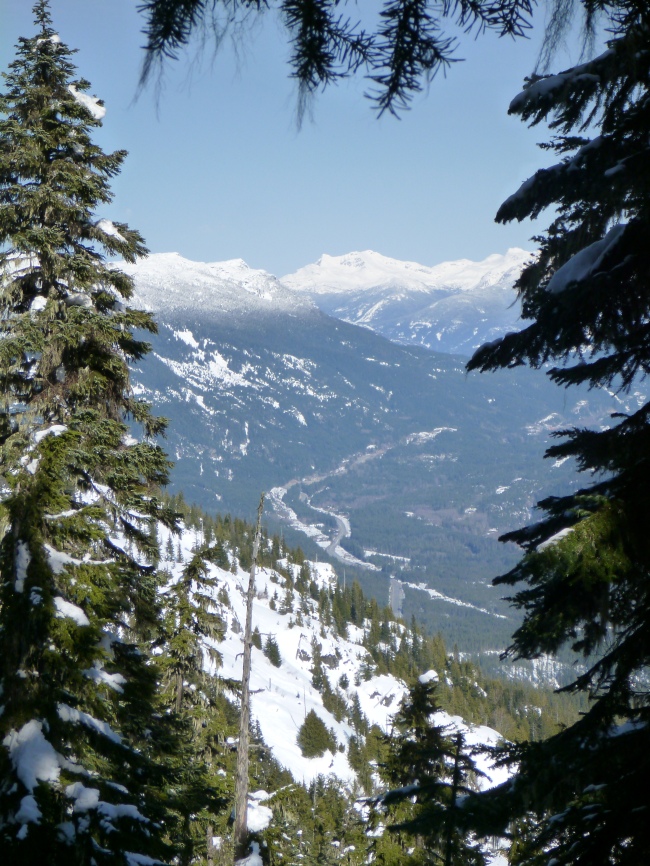 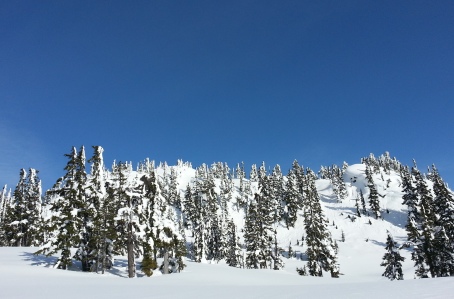 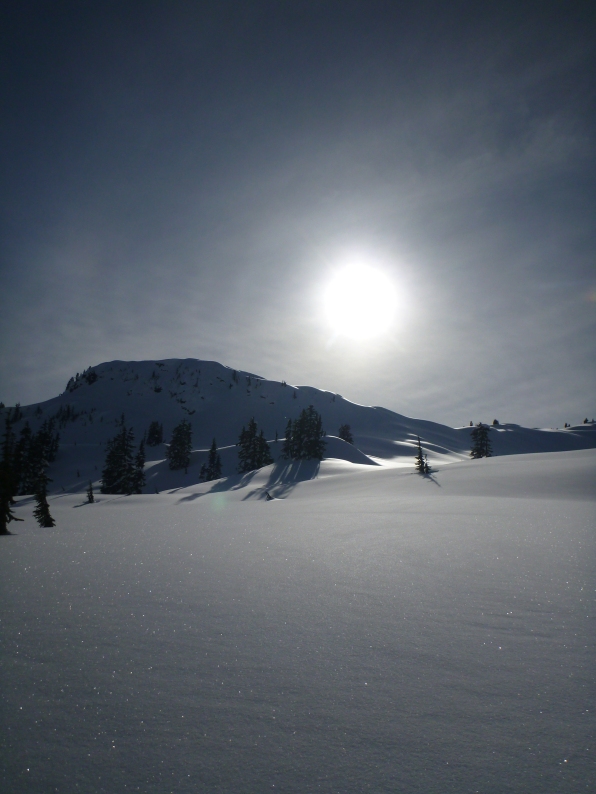 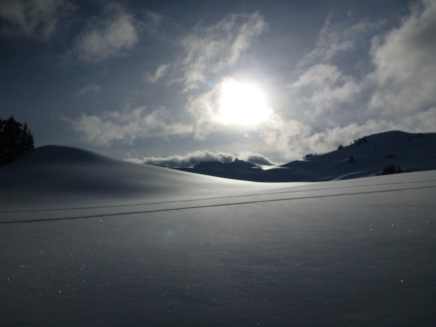 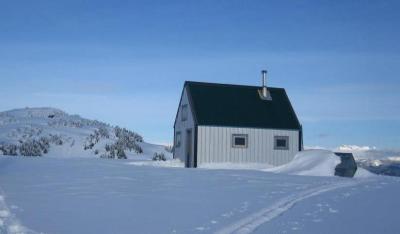 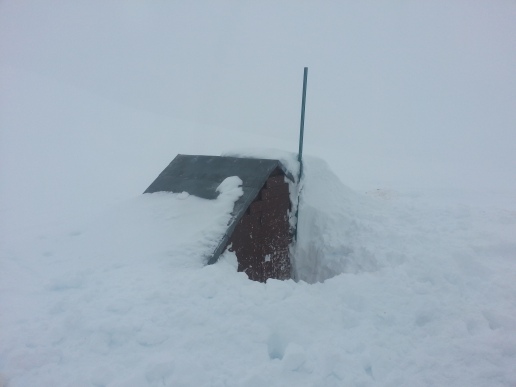