So today we headed for the Gold Coast, specifically Surfers Paradise. This is easier than it seems for a day trip. It was a 1 hour direct train from South Brisbane! iPod and reading time for all!

When we got there, these newspaper headlines annoyed me: 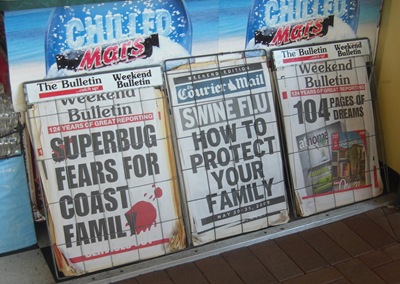 But then we leapt on the bus and I started to get a feel for the place. You see you think of “Surfers Paradise” as being this deserted beach with a few places to eat and drink but mostly left to nature and the waves… what you find is…

The beach is bigger than it looks here. There is a large slope that is facing away from the camera. 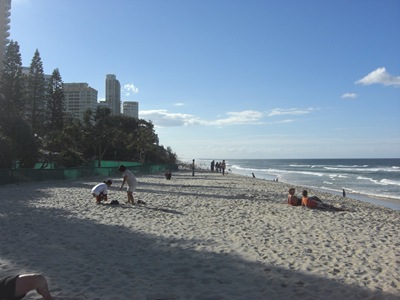 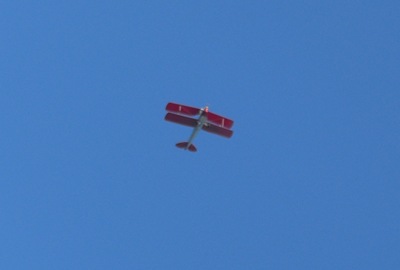 This was up having a great time!

It’s a very commercialised place where you are not expecting it. Designer brands, big shopping centres, high rises, plenty of money floating around (or there was at least). Alan and Hayley stayed in another area of the Gold Coast when they first arrived and they said that Surfers is a bit removed from it. They also said that their friends said they had seen the downturn hit the place.

Still, Starbucks did a good tea and I got some new boardshorts for AUD30/£15! A good day was had, although we disagreed about the temperature! I thought it was for the most part warm but I was in the minority, look at those photos!